This long-standing program structure was on its way to being removed when legislation passed in the summer of 2018 requiring an RFA to be issued for PA’s MATP Program, with service separated into three regions and potentially contracted to private, for-profit brokers.

In response to the RFA, Pennsylvania Public Transportation Association (PPTA) members worked alongside county officials and consumer advocates expressing collective concerns to the General Assembly and the Administration regarding unintended consequences that include consumer confusion, the loss of Pennsylvania jobs, increased cost to the state, and the decimation of rural transit. In December 2019, after 18 months, Governor Wolf’s Administration halted the potential privatization of MATP and called for closer collaboration to examine this important issue, specifically asking for increased input from public transportation providers.

The Pennsylvania Department of Human Services, Department of Aging, and Department of Transportation jointly issued a letter announcing the Administration’s reversal on December 13. A legislatively mandated report issued later in the month detailed concerns that privatization would raise costs and adversely impact consumers— facts that had been part of PPTA’s and county officials’ messages throughout the process. This decision reversal combined with the findings of the report were considered a big win for public transportation providers in the state.

For mobility management practitioners, public transportation providers, and other community stakeholders and advocates, this is an exciting example of the power of local voices. Considering the complexities of legislation and community (and state!) decision-making it can be difficult to connect to policy makers. (We have discussed this previously in the context of the power of getting your elected officials on the bus). Pennsylvania was able to see success due to consistent and widespread interactions with local lawmakers and decisions makers that cumulatively made a large impact on state policy decisions. It is the sustained exposure to mobility needs of a community that can make a difference.

Mobility management professionals have an opportunity to teach officials about their local mobility landscape and how it affects their constituents, and in doing so have a better chance that during times of potential policy change, lawmakers will remember the stories and make decisions that will help more people get to where they need to go. 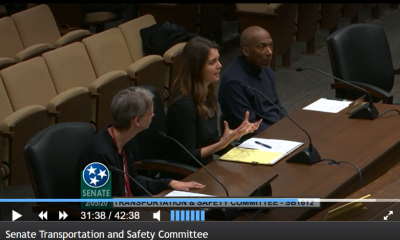 Testimony on the new Tennessee Office of Accessible Transportation included the voices of individuals with disabilities from around the state.…

NCMM’s Statewide Mobility Management: Factors Affecting the Creation and Success of Networks study and report examines those characteristics that sustain…