Get your elected officials on the bus

What happens when elected officials take the bus? Hopefully, they learn something.

It shouldn’t be a notable event, but it is. And it serves as an opportunity for mobility managers to advocate for their community members and build support among community leaders for improving mobility options in certain areas.

In Montgomery County, Maryland, nine local officials pledged to participate in a week long “Transit Challenge” and ditch their cars and get around using public transit. Around the same time, downtown DC implemented new bus-only lanes during rush hour, and a number of the city’s councilmembers made an event of riding the bus along those segments to see the new bus infrastructure for themselves.

So for all the show, does this have any effect on the perceptions, support, or decisions made about transit by officials? Logically, at least, it makes sense that if you’re going to govern something, you should understand it. The concept of experiential learning, or “learning through reflection on doing,”  leads officials participating in an activity to empathize with the experiences of those who use the service every day.

In Montgomery County, the council members who participated in the challenge gained some understanding of what transportation inequity looks and feels like. The residents of ill-served sections of the county get caught in financial- and time-based traps to get where they need to go because of their isolation from the transit services they depend on.

Ideally, council members that have experienced the hardships that transportation disadvantaged residents face will better remember those constituents’ everyday experiences when it comes to making decisions for the county.

Taking transit as a community official also creates a precedent of leading by example. Toledo, Ohio’s Mayor Wade Kapszukiewicz vowed to ride the bus once a week during his election campaign because he sees transit as integral to the city’s future.

Like many jurisdictions, the mayor doesn’t have direct control over the local transit system, but his weekly bus ridership helps to “start a conversation” within the community about what they want their transportation future to look like.

From another perspective, it is perilous for officials to fail to walk the walk, as Alexandra Ocasio-Cortez recently experienced with her staff’s heavy utilization of ridehailing services in transit-rich New York City.

From a public perception standpoint, constituents would be unlikely to take seriously or mobilize around the issues for which candidates advocate, such as AOC’s Green New Deal, without that person actually taking part in those efforts themselves. Instead, taking transit more often could better connect an elected official – and therefore eventual candidate – with constituents who might otherwise not be heard in public forums, and to hear about their unique needs.

Get them on the bus

Considering the complexities of legislation and community decision-making, it’s hard to connect policy decisions to any one experience. But sustained exposure to the mobility needs of a community can make a difference when budget season comes around. In Montgomery County, for example, the Transit Challenge led at least one council member to conclude that “cutting bus service in this year’s budget was a really bad idea!”

If mobility managers teach officials about their local mobility landscape, and how it affects their constituents, through firsthand experience, there’s a much better chance they will act upon that memory and make a decision that helps more people get where they need to go. 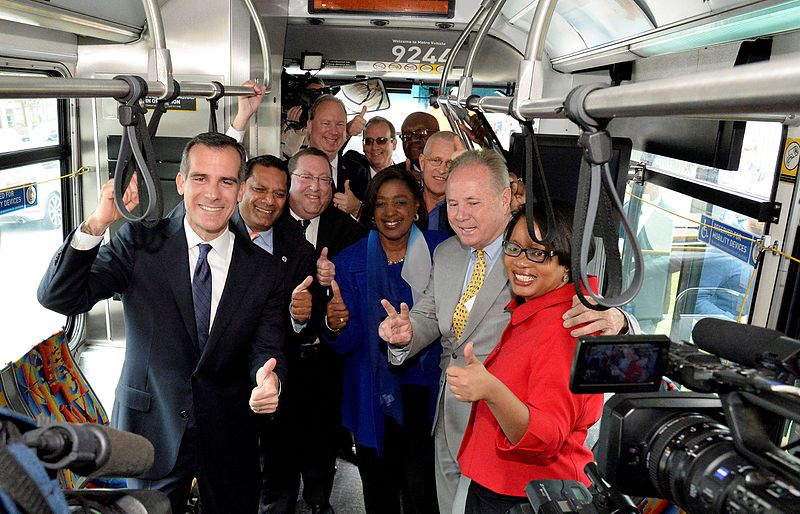 This image of “equity” vs “equality” was shared by my CTAA colleague, Marcela Moreno, and originally developed by the Interaction…

Transportation, an effective tool to create healthy and equitable communities

This post was written by Smart Growth America. The opinions expressed herein are those of the author and not the…

What is sidewalk mapping, and how can mobility management practitioners use it to understand the accessibly of our built environment?…

Promise zones face a wide spectrum of quality of life issues, including a lack of educational opportunities and affordable housing,…