Land Use 101: The History of Land Use Regulation 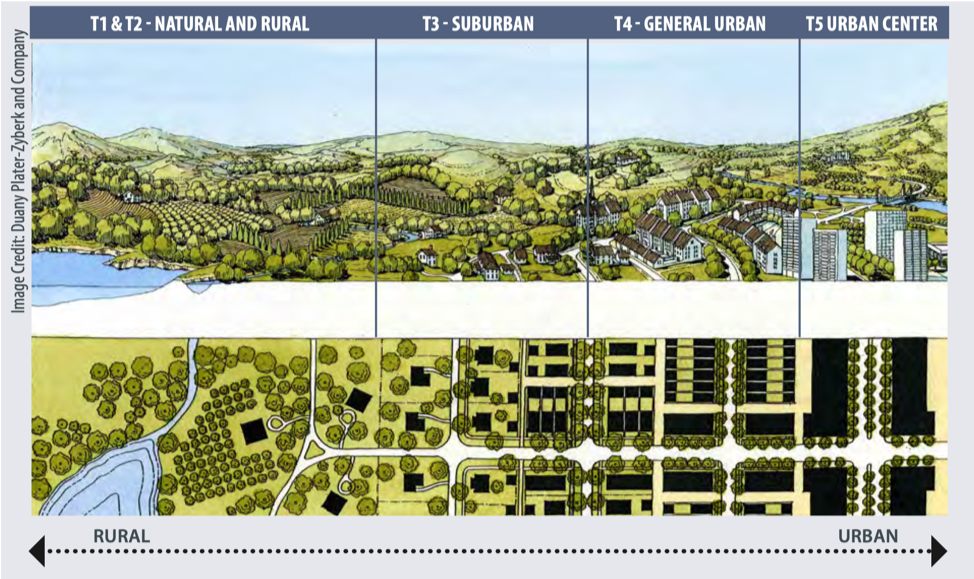 Land use and transportation are directly connected. The places we need to get to and how we build them directly impact the way we get from point A to point B. That’s why we are launching a new blog series that will dive into the complexities of modern land-use planning, their impacts on transportation, and why mobility management professionals should be paying attention. In this first installation, we will go over a brief history of how we came to plan our communities and the types of regulations we use.

Many of the communities we have come to love were not planned. They grew organically based on the needs, and in many cases the transportation choices, of the people who lived there. Today, many of our communities could not be built in the same way, especially many of our historic neighborhoods, due to our land-use regulations.

The first true land use regulations can be traced to Los Angeles in 1906, and the first full zoning code was enacted in New York City with the Building Zone Resolution adopted in 1916. While industrialization and its related pollution played a large role in the fight to separate land uses, which the map from Chicago below illustrates well, the zoning code in New York was spurred by the unregulated development of a large building in Lower Manhattan. 120 Broadway, or the Equitable Building, is considered the main reason for the zoning code due to what was seen at the time as its imposing bulk. Neighbors and others in the civic community were concerned about what would happen if this sort of construction were left unchecked, an attitude we still see in many communities today. In urban areas, a main function of modern-day zoning codes is not only to regulate the use of land and buildings, but also their look and relation to the street and neighboring buildings.

Born out of these original zoning resolutions have been four general types of zoning: Euclidian, performance, incentive, and form-based codes.

With all of these options, zoning codes look a lot different today than the Building Zone Resolution of 1916. Codes in many communities are complex, with overlapping layers requiring a detailed knowledge of zoning to understand why things are built where they are. Even small towns, such as the example shown here, can have multiple zones for even the same type of use. Mixed use zoning has become more popular over the past couple of decades, as people have increased their desire to live, work, and play in the same location. The desire for mixed use zones has large impacts on the transportation system, as they generally are denser areas and more walkable as well.

Over the coming blog posts, we will explore the ways these codes and other land use regulations shape the way we get around our communities, and what that means for mobility managers.

Downtown Renton, Washington’s Transit Center I have been reading several sources on the discussion of equity and public transportation recently,…

Mobility-as-a-Service: Can It Be the Swiss Army Knife for Personal Mobility in Rural Areas?

Content in this document is disseminated by NCMM in the interest of information exchange. Neither the NCMM nor the U.S.…

When people think of innovation, public busing probably isn’t the first thing to rush their minds, but LANTA is hoping…

What’s Next: Planning for Success in Your Organization

Content in this document is disseminated by NCMM in the interest of information exchange. Neither the NCMM nor the U.S.…