What We’re Reading: Invest in the Basics

Along with biking, walking, and other active transportation modes are the backbone of mobility. We talk about the benefits of creating a bike-friendly area, but this should extend into making it possible to reach destinations by foot, too. Despite the growth in biking across the country, pedestrian deaths across the United States hit a record high (6000 fatalities) in 2016, and it’s not unreasonable to classify this as a public health crisis.

Two factors seemed especially influential in this 46 percent jump in pedestrian deaths from 2009: SUVs and arterial roads. The size and shape of SUVs make them more likely to kill pedestrians upon impact; however, it’s the presence of high-speed roads that encourage drivers to reach speeds more likely to cause crashes and injuries.

The answer isn’t to further regulate pedestrians – that just makes it even harder for people to use walking as a mobility option. Likewise, the answer doesn’t lie in any form of designing for moving cars, even if they’re autonomous. As Elaine Herzberg’s tragic death in Arizona showed, pedestrians will still be at risk regardless of what’s driving. Instead, if mobility managers push for slower street designs in their communities, they will go a long way helping their community members walk safely along and across those roads.

While active transportation serves as the backbone of mobility, buses are the workhorses. Rubber-tire systems hardly get the attention and investment that their rail-based counterparts do, despite the flexibility and capacity they provide for much less than the cost of a subway or streetcar. As a result, CityLab has launched a Bus to the Future series that, though urban-focused, holds plenty of value for communities of all sizes.

Underinvestment in bus systems takes its toll on economies, especially for low-income community members. Wisconsin has been attempting to recruit workers from Chicago to fill local jobs due to an extremely low unemployment rate. Huge technology manufacturers outside of Milwaukee say they struggle to find workers, yet over half of black men on the other side of the city are unemployed. Existing residents can’t reach the available jobs due to the lack of transit connections. Yet, instead of addressing the transportation shortfalls,  the state instead is looking elsewhere for employees. This transit shortage causing a workforce shortage is a prime example of how better investments in mobility can reap huge benefits for economic development as well.

For big dreamers, Paris is researching whether or not it can provide free mass transit throughout its entire region. There are, of course, a number of questions the city will have to address even in its preliminary studies, but at NCMM we encourage mobility managers to think big in order to uncover answers for their more realistic plans. With that in mind, it helps to read the perspectives involved in Paris’ efforts and see what they can inspire. 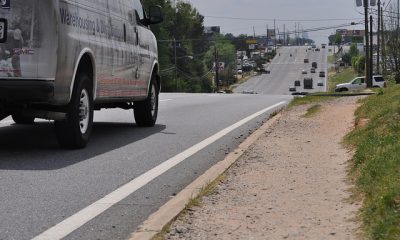 Land Use and Mobility Management

Decades of suburbanization across the United States has been a major contributor to our current host of mobility issues. Low-density… 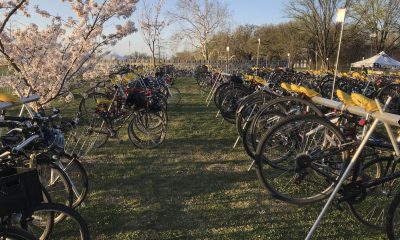 Bicycles and appropriate infrastructure are critical tools in mobility management. As a result, we’d like to take the beginning of…